My All Star Team Of Characters
Hi, Chris Grabenstein here.
Writers have a lot of strange rituals. Sharpening pencils -- over and over. Putting together iPod playlists to write to. Burning incense. Eating Cheetos. Eating M&Ms. Eating everything in the refrigerator.
Me? Well, when I get done writing my 2,000 words every day, I give myself a treat: I play one game of NCAA 2012 Football on my Playstation 3. For the guys out there, I play Dynasty Mode. You know what I'm talking about. Boo-yah. 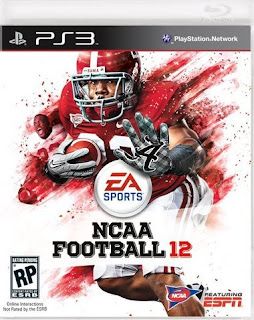 My cat Parker likes watching the little men running around the screen so much, he usually comes into my office the minute he hears the guy say "E-A Sports. It's in the game!"
I'm not sure if Parker is into football or just flashing, moving things. The game screen probably looks like a jumble of giant laser pointers to him. 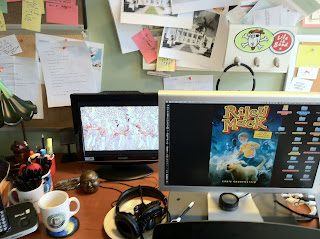 These days, my team is Stanford. I didn't go to school there (I'm not that smart). I just like the fact that, at Stanford, every time a player does something good, like score a touchdown, he gets a sticker on his helmet. Hey, who doesn't like getting gold stars for a job well done? We're all really first graders at heart.
Also, I named my coach Stan Ford. (Yes, it takes very little to amuse me after writing 2000 words).
One of the fun things I do when playing my daily game of football is name the players after characters I'm working with in books. For me, it's a way to give those characters a life outside the confines of their stories. But, I always try to keep my guys in character when they play football.
For instance, Riley Mack, the uncommonly clever star of my upcoming HarperCollins title RILEY MACK AND THE OTHER KNOWN TROUBLEMAKERS has to play quarterback. 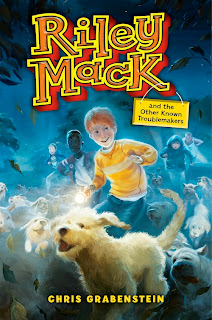 The guy is a natural born leader. In the book, he heads up a "Mission Impossible" type team of 12 year old troublemakers who right wrongs and defend the weak. He's sort of a new Robin Hood. His buddy, Hubert Montgomery, who everybody calls "Mongo" is a seventh grade so huge he looks like he has seven other seventh graders stuffed inside him. Mongo plays middle linebacker. Or Defensive Tackle.
Their new fifth grader friend Jamal Wilson is a flashy running back. Jamal is a bit of a showboat in the book and on the field. But, like they say, it's not bragging if you can do it. Jamal has already won the Heisman Trophy three times, including when he was a Freshman, which, in the real world, has never, ever happened. 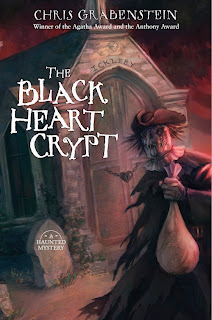 The hero of my Haunted Mystery series, Zack Jennings, is still a bit of a loner when he grows up and goes to Stanford. So he plays wide receiver. Last week, he set a new record for passes caught and touchdowns scored. His pal, the super intelligent brainiac Malik Sherman, is a cagey cornerback and leads the league in interceptions.
Sometimes, the characters from my adult mysteries show up on the roster. John Ceepak likes to play for Army. Danny Boyle for Notre Dame.
But, usually, it just me and the guys from my middle grades books.
Writers need diversions that don't involve food, I guess.
And the characters? Well, they need to hop off the page from time to time and just play.
And, it's amazing how much more vividly alive the characters become in your head after you've won the BCS National Championship together.
Posted by Chris Grabenstein at 1:00 AM

Love this post! I have named some of my villainous characters after people I don't like, albeit with very minor changes to protect the innocent (moi).
Nerd revenge.

Omg, Chris. What a FUN post!! I loved seeing your desk too. Great idea to keep your characters vivid.

On the virtual book tour I recently did for my latest YA release, I did a music post & asked peeps to share music songs & lyrics they love for the chance of getting their name in my current project. One of my favorite bloggers, O'Dell, gave me a great song & he's now my villain. I stalked him online to find fun facts about him but he also sent me an amazing list of weird things about himself. I'm having more fun writing his character.

Writers are weird. Thanks for confirming that.

What a cool way to have your characters do something different and to identify their personal characteristics and put them to work.

Haha! I love that you play w/your characters outside the confines of their stories. What a great way to make them more real to you, and in turn, to your readers, no doubt. Thanks for the fun post!

A fun post! I love that you give yourself a non-food reward for meeting your daily goal. I am now on a mission to find such a reward for myself!

Thanks for the comments. I was off at a terrific Middle School today, talking to 4th-8th graders about making up stories!

Chris--You are endearingly in touch with your inner child. You inspire me to look for a non-food reward for hitting the daily word count goal-something my cat might appreciate.