Those Ideas and Where They Come From

In a TED talk on creativity, Elizabeth Gilbert told the story of how poet Ruth Stone gets her ideas for poems. She can feel a poem coming at her through the air, rushing towards her, like a charging animal. Her job is to hurry home and capture that poem in writing before it gets away. Sometimes she gets there late and she has to grab on to the tail of the idea and pull it back in. 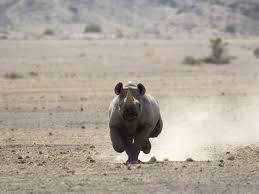 Sometimes stories are like that. They thunder at us and demand to be written. Sometimes they sneak in quietly when we least expect it. One question non-writer friends always ask is where ideas come from.  And I’m preparing for that question this week when I go to speak with a group of elementary school kids about imagination and ideas.

My writing friends have their own answers. Some like Stone are conduits and ideas flow through them. Others have characters that whisper in their ears or who demand attention. My friend, SciFi guy, got the idea for his novel in a dream. For me, stories often begin with questions that are haunting me. I write to figure out the answers. If I already know the answer, there’s no point in writing the story. For example, I just finished a new manuscript. It’s different than anything I’ve written before.  It’s Sci-Fi. But it began with a question that was dogging me. What does it mean to be deeply understood by someone else and what are we willing to risk for that experience? My characters are forced into a connection through an experiment of direct neural communication. Their brains are infected with paired nano clusters and well, you’ll have to read the book to see what happens.

Ideas come from connections a writer sees between two dissimilar things, and then she asks “what if.” What if there really were goblins at one time, and a girl was born with very large feet and hands and there were rumors her father had goblin blood? And what if she was born in Victorian times into a society when anything abnormal was suspicious? What would that do to her?

To my friends who say they can’t write fiction because they can’t think of a plot, I say create a character and give that character a problem. Watch how she solves it. The plot will come. E.L. Doctorow says that he only sees as far as the headlights of a car in the dark when he’s writing.

I will tell the elementary kids this week that ideas are as slippery as new Teflon. We think we’ll remember them but we don’t. They need idea folders, idea boards, or a scrap of paper in their back pocket to write them down. Maybe an iphone that records. The important thing to know is that ideas come when we least expect it and it’s up to us to run fast and write them down.

That's a great idea about the nano clusters in the brain. You probably already know, but recently scientists wired up a pair of rats so they essentially had computer-assisted telepathy: http://gizmodo.com/5987639/scientists-wire-two-rats-brains-together-and-share-a-thought-across-the-internet

It might be in its rudimentary stages today, but it means it's time for us as a society to start exploring the implications through works like yours!

So glad to hear that! I've been trying to keep up with all the latest research. another interesting first is dream imaging. Scientist can now record crude pictures of what
we are dreaming. scary!