Ilsa J. Bick is a child psychiatrist, as well as a film scholar, surgeon wannabe, former Air Force major, and an award-winning author of dozens of short stories and novels. She has also worked extensively in several long-running sci-fi series, including Star Trek, Battletech, Mechwarrior: Dark Age, and Shadowrun.

Her first YA novel, the critically acclaimed Draw the Dark (Carolrhoda Lab, 2010), won the 2011 Westchester Fiction Award, was named a Bank Street College 2011 Best Book, and was awarded a 2010 VOYA Perfect Ten.

She is also the author of Ashes, the first book in her YA apocalyptic thriller trilogy (Egmont USA, 2011). Forthcoming in 2012: Drowning Instinct, a gritty, YA contemporary (Carolrhoda Lab) and Shadows, the second volume in the ASHES Trilogy (Egmont USA).

Ilsa lives with her family and other furry creatures near a Hebrew Cemetery in rural Wisconsin. One thing she loves about the neighbors: They’re very quiet and only come around for sugar once in a blue moon. Visit her at www.ilsajbick.com.

I am a seventeen year old girl who is trying to share my written imagination with the rest of the world. A young author with a passion for ensnaring your senses with words that want to connect emotions and thoughts to the paper. 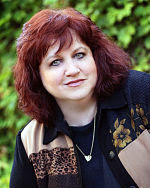 HarperCollins launched Jordan Dane’s suspense novels back to back in 2008 after the 3-book series sold in auction. Ripped from the headlines, Jordan's gritty plots weave a tapestry of vivid settings, intrigue, and dark humor. Publishers Weekly compared her intense thrillers to Lisa Jackson, Lisa Gardner, and Tami Hoag. This national best selling, critically acclaimed author’s debut novel NO ONE HEARD HER SCREAM was named Publishers Weekly Best Books of 2008. Dane’s Young Adult books with Harlequin Teen are IN THE ARMS OF STONE ANGELS, ON A DARK WING, and INDIGO AWAKENING, CRYSTAL FIRE of The Hunted series. Formerly an energy sales manager, she now writes full time. Jordan and her husband share their San Antonio residence with two cats of highborn lineage and two very lucky rescue dogs.

Dan Haring
Dan has been drawing and writing for most of his life. He earned a BFA in animation from BYU and has worked on such films as The Incredible Hulk and Disney's Tangled. He's from a tiny town in Utah called Goshen, and currently lives in Southern California with his wife and children.

Maureen McQueery
For as long as she can remember, Maureen McQuerry knew she wanted to be a writer. She was the girl invited to every slumber party just to tell ghost stories. She began her writing career as a poet publishing in literary magazines and then writing two non-fiction books. But knew she always wanted to write fiction. When her Steampunk/fantasy novel The Peculiars debuted (Abrams/Amulet May 2012) a reviewer said… “McQuerry’s lexis as a poet lends itself to her writing.” Booklist says, “McQuerry offers a brooding northwest setting… equal parts inventive fantasy, light romance, and thrilling adventure.” Much of her writing draws from myth. Her next two books Beyond the Door (Abrams/Amulet Fall 2013) and Time Out of Time (Abrams/Amulet spring 2013) explore Celtic mythology and what happens when the myths come alive and begin walking the streets. Maureen teaches writing at Columbia Basin College. She lives with her family in Washington State.
website, twitter, facebook, events, booklist 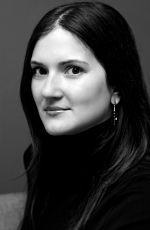 She who likes dark things never grew up. She never stopped listening to gothic, industrial and alternative bands like when she was fifteen. She always loved to read horror and dystopia and fantasy, where doom and gloom drip from the pages.

She, who was supposed to make films, decided to write short stories, novelettes and novels instead. She, who’s had her films listed on festival programs, has been printed in a dozen anthologies and magazines since.

She who likes dark things prefers night to day, rain to sun, and reading to anything else. 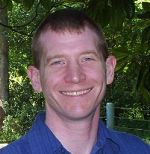 Sechin Tower (SechinTower.com) is the author of Mad Science Institute, a novel of creatures, calamities, and college matriculation. He is also a teacher, a game designer, and a person generally in a very good mood despite the chronic sleep deprivation required to keep up with his various pursuits.


As a teacher, Sechin works with high school honors students, at-risk teens, and everyone in between. He began as a game designer in 2006 with the award-winning Hollow Earth Expedition and is soon to launch The Menace From Beyond, an RPG inspired by the creature features of the 1950s.


Sechin lives in the Seattle, Washington area with his beautiful wife and noisy cat. In his spare time, he prepares for the zombie apocalypse by running obstacle course races, collecting pocket gadgets, and playing lots of video games. 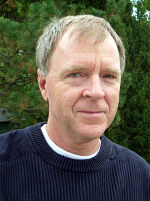 My first taste of seeing my words in print was a short story in National Racquetball Magazine.  I reinvested the $50 check in an electric typewriter with backspace erase (that was the cool feature back then).  I spent the next decade as a freelancer, writing over 1000 feature articles and columns for a fitness trade journal.  But whenever a spare moment came along, I made stuff up.  That resulted in the sale of some short stories which convinced me that fiction is where my heart is and will always be.  I stopped writing freelance and started my first novel, POD, which was published by namelos in 2011, then by Penguin in 2012.  I finished the sequel to POD in the summer of 2013 and am hoping that it finds a loving and nurturing home.  In the meantime I do what writers do: snag ideas out of the aether, turn them into words which I put on paper and hope they stick.  I live in the brownscape of Eastern Washington where I play tennis, cook, watch movies and avoid golf at all costs.