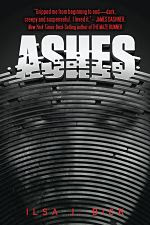 It could happen tomorrow . . .

An electromagnetic pulse flashes across the sky, destroying every electronic device, wiping out every computerized system, and killing billions.

Alex hiked into the woods to say good-bye to her dead parents and her personal demons. Now desperate to find out what happened after the pulse crushes her to the ground, Alex meets up with Tom—a young soldier—and Ellie, a girl whose grandfather was killed by the EMP.

For this improvised family and the others who are spared, it’s now a question of who can be trusted and who is no longer human.

Author Ilsa J. Bick crafts a terrifying and thrilling novel about a world that could be ours at any moment, where those left standing must learn what it means not just to survive, but to live amidst the devastation. 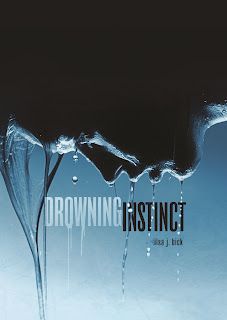 There are stories where the girl gets her prince, and they live happily ever after.

This is not one of those stories.
There are stories where the monster gets the girl, and we shed tears for his victim.

This is not one of those stories either. This is a fairytale—with teeth. 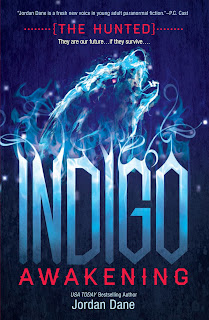 
Because of what you are, the Believers will hunt you down.
Voices told Lucas Darby to run. Voices no one else can hear. He’s warned his sister not to look for him, but Rayne refuses to let her troubled brother vanish on the streets of LA. In her desperate search, she meets Gabriel Stewart, a runaway with mysterious powers and far too many secrets. Rayne can’t explain her crazy need to trust the strange yet compelling boy—to touch him—to protect him even though he scares her.
A fanatical church secretly hunts psychic kids—gifted “Indigo” teens feared to be the next evolution of mankind—for reasons only "the Believers" know. Now Rayne’s only hope is Gabe, who is haunted by an awakening power—a force darker than either of them imagine—that could doom them all.
They are our future—if they survive… 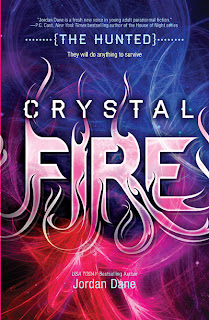 Because of what you are, the Believers will hunt you down.


A storm is brewing on the streets of LA, one that has intensified since a tragic and deadly confrontation claimed an innocent life.


While Gabriel Stewart trains his army of teen psychics to stop Alexander Reese—the obsessed leader of the Believers—the fanatical church becomes more bent on the annihilation of all Indigo and Crystal children. They’re silencing the voices of the telepathic hive, one soul at a time, with frightening experiments cruelly executed on vulnerable minds.


When the Believers torture a mysterious homeless boy, Oliver Blue, they brainwash him into betraying his own. The boy becomes a deadly pawn to take Gabriel down. As the fires of chaos burn around him, Gabe is running out of time. He’ll need to confront his past—and the man who made him—before the hope of peace for the future is silenced forever. 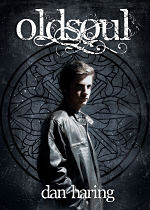 Jason Gouvas doesn’t want to believe he has special abilities or that he's an Oldsoul-- a vessel for the souls of people who have passed away, but the dead girl in his mind can be very persuasive.

Her name is Erin, and through her Jason is able to access the knowledge and skills of the souls within him. And with a group of power-hungry immortals bent on destroying the Oldsouls and overthrowing humanity, he's going to need them all. 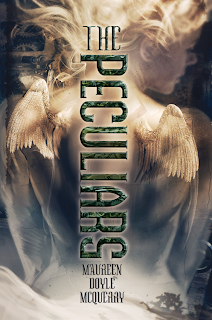 On her 18th birthday, Lena Mattacascar decides to leave her mother and grandmother, and their comfortable home in the city, to search for her father who disappeared into the northern wilderness known as Scree when Lena was a child. Scree is an untamed and mysterious part of the country said to be inhabited by Peculiars, people whose unusual characteristics make them unacceptable to modern society, as well as those who are “strange,” have “unnatural talents,” or are outlaws. Lena’s own doctor and even the local authorities all believe her father to have personality “flaws,” causing Lena to wonder if she too is like him. Is he, and she, Peculiar?

On the train ride north, Lena meets a young librarian, Jimson Quiggley, who is traveling to Knoster, a town on the edge of Scree, to work in the private home and library of the inventor Dr. Beasley. En route, they cross paths with the handsome young marshal Thomas Saltre. When the marshal learns who Lena's father is, he becomes enamored of her, following her to Knoster. But Lena is unsure of Saltre’s true motivations. In town Lena learns more about Dr. Beasley, his home called Zephyr House, and the strange folk who go there but who never come out again. But Lena still longs to get to Scree and find her father, even if that means confronting her deepest fears.

This dark and thrilling adventure, with an unforgettable heroine, will captivate fans of steampunk and fantasy. 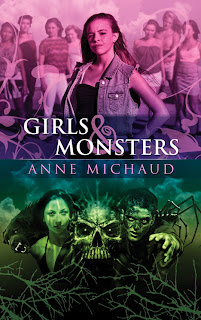 Death Song: Liz is in love with Joe, but the monster of the lake has other plans for them.

Black Dog: Scarlet is engaged in a struggle for her sanity, but according to the voice in her head, she may be too late.

A Blue Story: When Katherine's beloved dog goes missing, she fears her strange new neighbor might be involved.

Dust Bunnies: Christiane faces her childhood arachnophobia and ends up confronting even greater fears in this test of sisterhood.

We Left at Night: Brooke and her family must abandon their home and their lives to make it out of a disease-plagued town overrun by zombies.

Girls & Monsters is for everyone who has ever been brave enough to confront their childhood fears...and lived to tell about it. 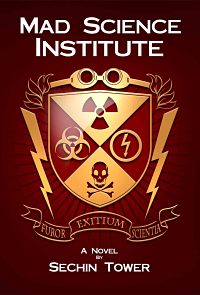 
Sophia “Soap” Lazarcheck is a girl genius with a knack for making robots—and for making robots explode. After her talents earn her admission into a secretive university institute founded by the famous inventor Nikola Tesla, she is swiftly drawn into a conspiracy more than a century in the making. Meanwhile and without her knowledge, her cousin Dean wages a two-fisted war of vengeance against a villainous genius and his unwashed minions.  Separately, the cousins must pit themselves against murderous thugs, experimental weaponry, lizard monsters, and a nefarious doomsday device. When their paths finally cross, they will need to risk everything to prevent a mysterious technology from bringing civilization to a sudden and very messy end. 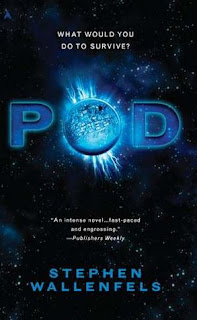 POD is the first book in the POD trilogy.  It is a YA SciFi survival story told from the perspectives of two protagonists in separate locations experiencing the same catastrophic global event.


Josh, 15, lives in the small eastern Washington town of Prosser.  He is startled awake one morning by an agonizing sound in his head.  Minutes later, when massive alien spheres appear in the sky, he realizes the sound is the first wave of a brutal and overwhelming alien attack.  To venture outside means instant death in a flash of spiraling light.  Josh is stuck in his home with his OCD father and family dog while the alien PODs disrupt all communication technologies and lay siege to the planet.


Megs, 12, is on the run with her mother from an abusive boyfriend.  They run out of gas, money and luck in Santa Monica, Ca.  Megs is left in the car in a parking garage while her mother presumably goes to get some money.  When the aliens attack and her mother doesn't return, Megs is forced to find food and water in the abandoned cars while hiding from the ruthless men that have taken over the adjacent hotel.