Creating the Underworld: Defy the Clichés


Hi, P. J. Hoover here, back for a third post on world building. Yes, we’ve all heard scary stories about the Underworld. There are hellhounds running amok and nobody who goes in can ever come out again. And don’t you dare eat anything. The Underworld is a scary place. It’s full of dead people. It’s the worst place on Earth (or inside Earth? Or not on Earth? Where is it, anyway?). But are all these images nothing but clichés?

Solstice is set half in the outer world (namely Austin) and half in the Underworld. The main character, Piper, pays quite a few visits down below ground, and as such, I, as the author, must design this world.

When creating an image for the Underworld, a good place to start is with the technical aspects. There are five rivers in the Underworld: Styx, Cocytus, Acheron, Lethe, and Phlegethon. There are three places souls can go: the Elysian Fields, the Asphodel Meadows, and Tartarus. There is a ferryman, Charon, who takes people across the river. There is a three-headed dog, Cerberus, who guards the gates to the Underworld. And finally, there is a god who rules over the Underworld: Hades.

Great, now that we’ve gotten that out of the way, what, as the creator, can we do with this information? How do we create the lure of the dark side? Here’s my short answer: Defy the clichés!

For starters, there are five rivers. That is five opportunities to create vivid images of river locations that are distinct, memorable, and serve a purpose. In Solstice, each river stands on its own. And the best part? There are monsters in the rivers (my son’s idea. I think I credit him in the acknowledgments for this.). 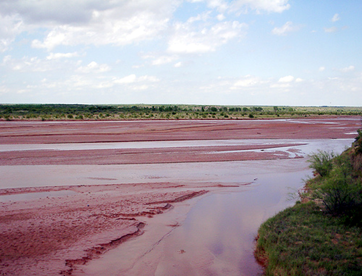 Next, we can think about the lands. Sure, good souls go to the Elysian Fields, bad souls go to Tartarus, and those kinda in between souls head off to the Asphodel Meadows. And yes, each of these lands must be distinct. But in addition to these distinctions in appearance, how would the souls differ in the three lands? More specifically, how would Piper’s interactions with these souls differ? It totally has to be considered. But when considering, again defy those clichés.

In addition to the three lands, Hades has to live somewhere. I don’t imagine he has a permanent guest room in Tartarus. He is, after all, a king. He’s going to want to live the good life just a bit. Let’s give him a place to live, too. And it doesn’t have to be all dark and filled with fire. Why go with that cliché? Why not try something different.

When considering the world building of something like the Underworld, thinking through each detail and trying to diverge from the clichés is the first best step toward creating a world that will stand apart. Throw away the first idea that comes to mind. Throw away the second. And maybe go with the third.

P. J. Hoover is the author of the dystopia/mythology YA book, SOLSTICE (Tor Teen, June 2013), the upcoming Egyptian mythology MG book, TUT (Tor Children’s, Winter 2014), and the middle-grade SFF series, THE FORGOTTEN WORLDS BOOKS (CBAY, 2008-2010). You can read more about her and her books on P. J.’s website or blog.
Posted by PJ Hoover at 9:00 AM

You're a tease. I wanna know more. That's the point, isn't it? When you imagine these worlds, is alcohol involved?

I love your take on the mythology. Making the old into the new!