A writer friend and I have been preparing for a keynote address that we are presenting together. Keynotes are not usually duets (tell that to the selection committee). Duets take practice and really good timing or they are abysmal, much worse than solos. So we’ve been looking for a tune we can both carry. I’ve neglected to mention that I suspect I might be tone deaf. At least it feels that way when it comes to giving keynotes.

We’ll each be sharing part of our own convoluted writing journeys—I suspect convolution is the norm for most writers. And as we discussed our paths to publication, we discovered a tune we can both carry. We each had a moment during our journey when we reached a major turning point. The turning point I’m talking about isn’t finishing a manuscript, acquiring an agent, or getting that first book contract. Those are BSD’s (big significant deals worthy of celebration), but the turning point I’m talking about happens much more quietly; in fact,  it often sneaks up on you with those little cat feet Carl Sandburg loved and sits on “silent haunches” waiting to be acknowledged.  It’s the turning point in the writing life that makes all the difference. It’s a change of identity. It’s when you start thinking of yourself as a writer. 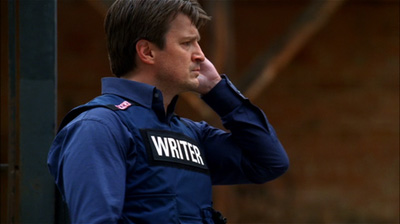 Let me digress. For a long time I considered myself a poet. I was writing and publishing poetry in well-respected literary journals. I wrote when I had the time, when I was inspired, when there was a contest I was particularly interested in. I was a teacher who wrote poetry. But I had a secret desire, to write a novel. The novel was a BSD that seemed unapproachable. There was no clear trail to the summit.  I began plugging away at a manuscript bit by bit in the odd hours I had. Eventually, and after much convolution, I had a completed manuscript. After many more twists and turns I ended up with a small literary publisher and my book came out without almost no distribution and no publicity. I was published. But I still didn’t think of myself as a writer.

When did I first start thinking of myself as a writer? I found an agent, wrote another manuscript and it was accepted by one of those NY publishers. Validation helps. Don’t let anyone tell you differently. But I still felt like an imposter. I noticed I was now writing every day whether I felt like it or not. I was paying attention in a different way to my craft and a change was happening on the inside, I was seeing myself as a writer first and a teacher second. I remember two events vividly.

In the first I was filling out a passport application. The form was routine until I got to one particular question: what is your profession? I hesitated and then with a trembling hand I wrote writer and wondered if my passport would be rejected. Would come it back stamped fraud? The second:  I walked into a coffee shop to meet a person who was starting a new critique group. I was hoping to find at least one other person in a town of engineers and scientists who was serious about writing as a career. Sci-Fi guy was sitting in the disguise of a middle- aged man at a table.
“Are you the writer looking for a critique group?” he asked.
“Are you the writer who just started one?” I said.
I had been in critique groups before. But this time it was different. I was different and this person thought of me as a writer.
“Yeah, I’m that writer,” I said.

When did you first think of yourself as a writer?
Posted by Maureen McQuerry at 1:00 AM

Fun post, M. Before I sold, I trained myself to visualize being a writer and own it. Easier said than done, truly.

In the back of my mind, I thought of myself as that kid who had sneaked under the big top tent of the circus without a ticket and some big bouncer would find me and throw me out.

But I figure anyone is a writer if they finish a book. It doesn't take selling it to make them one. That notion helped me feel more confident in submitting proposals. I made the full time writer commitment in 2007 but only after I had already been working toward retiring from my day job waaaaaay early, financially. I've never regretted that decision. Writing isn't a job. It's a passion I choose everyday and I love it.

I wonder when/if we ever stop feeling like frauds as writers. My head may say writer, but the rest of me wonders. Never felt that way about any other job. I never felt like a fraud teacher.

We feel vulnerable as writers because we bleed our hearts onto every page. Writing comes from a very personal place. In my career in the energy industry, I had years of experience, factual information as resources, and my personal service and attentiveness to give to my customers/clients. With writing, you explore places inside you to come up with your material and then you expose it to the world, open for rejection.

Every new proposal and every new book, you go through the same process. I've gotten tougher rhino skin, but the vulnerability never goes away, but that would make us a different writer if it ever did.