In Greek mythology a chimera is an animal that is part lion and part goat. Myth has other hybrids too, think of centaurs, both horse and man share the same DNA. Well, it appears that once again myth is a sign post to a larger truth.

An article in last year’s Scientific American (I know, I know, I’m behind on my reading) explains how cells from a fetus can cross from the placenta into the mother.  And those cells remain in the mother, becoming part of her DNA, for the rest of her life. Apparently this is true even for babies who die before birth. The mother still carries part of them.

So what does this have to do with writing, you ask? I’ve been thinking about our literary DNA and the way we carry the many parts of past inside us. Everyone does.  But for writers, their pasts become part of their literary DNA expressed in the themes and voice of their works.

Hopefully writers don't write about the same event over and over. It’s usually much more subtle. Events leave fingerprints.  And those fingerprints are left on the stories we write. Think about themes: redemption, abandonment, the fragility of hope, how to save a life. While characters and events change  in each story, familiar themes run through them like DNA.  Why? Because they are drawn from the same deep well.

Here’s an interesting fact about fetal cells found in the mother. They can be healing. They can actively fight off disease. I write to tell a story, but also to explore and wrestle with questions that I don’t have answers for. I tackle those questions over and over. And in the writing I have glimpses of truth, and I make connections and, at the best times, it is healing. 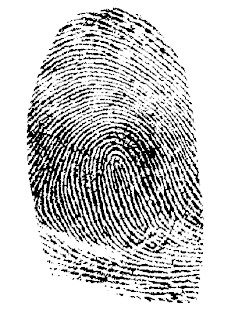 I love how you boil this down to a science, Maureen. You are very right about how authors can't help but filter every story through their own life experiences. Themes develop over time that give insight to an author's life. It's cathartic.

On the science side, i love the idea of my kids cells battling for me against diseases. How cool is that?

I never thought about it this way (or knew about the absorption of fetal DNA), which means you've made my morning. Thank you!

Anyone who's read multiple books by a favorite author can probably see how the same themes keep popping up, and they might also how they evolve over the years as the writer adds life experiences.

I wonder: what themes do you other writers see underpinning your work?

I tend to strive to put a face on victims of crime. A dead body is never 2D. Also write about underdogs, bigotry, and outsider loners. Being different is OK. All that. Good ques, Sechin.

I don't think I've written enough books to have any themes rise to the surface. I'm attracted to the idea of collaborative problem solving, and I prefer heroes who outsmart their enemies more than outfight them.

Themes are undercurrents in every book. Like the skeleton of the body, just because you can't readily see bone, doesn't mean it's not there.

I think we write to discover the themes of our life. I know I've always got something relating to we are all more than meets the eye.