The Subtext of Details 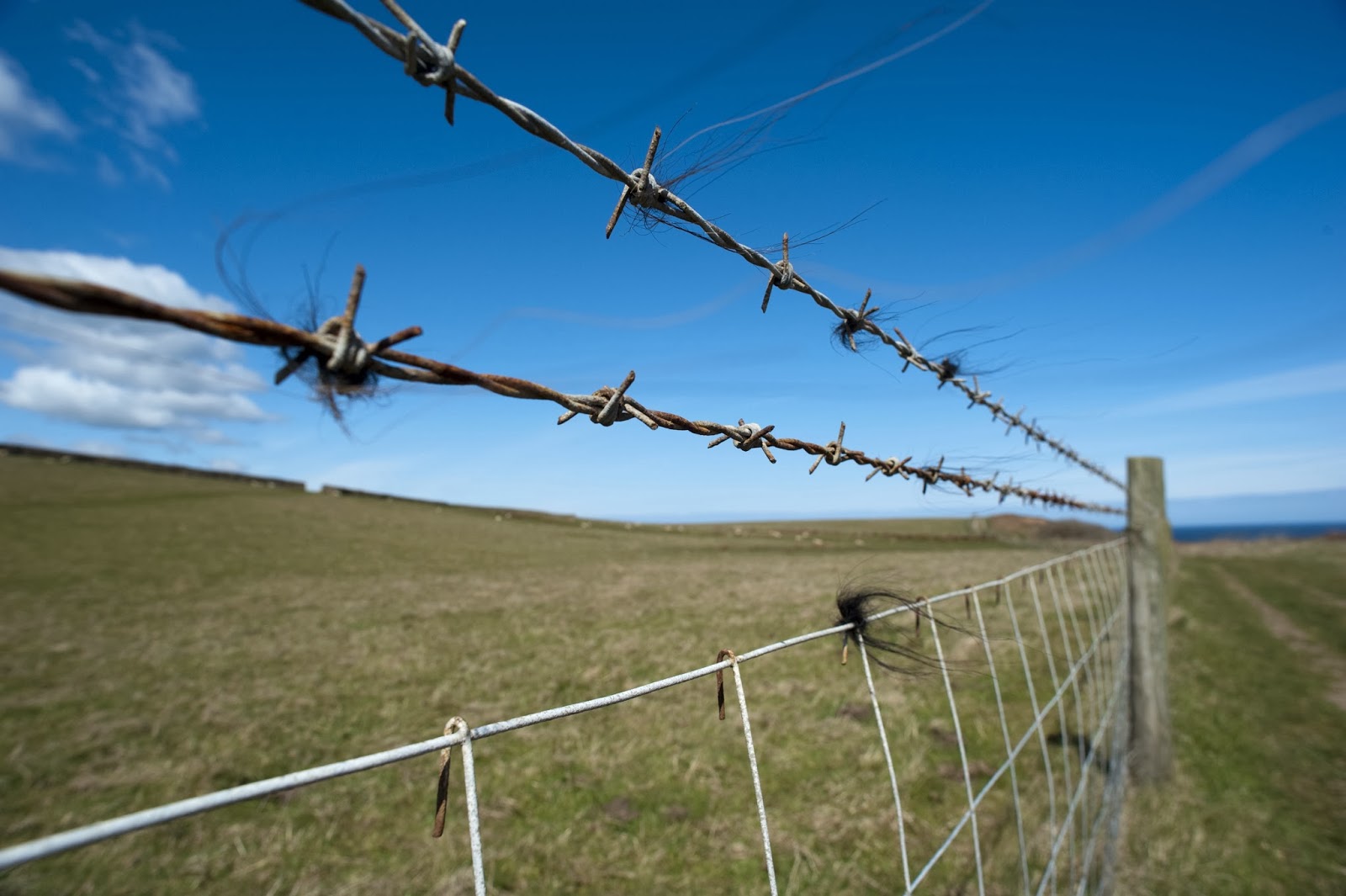 At the edge of the meadow is a fence. It has been standing a long time, so long that every post leans, often at a different angle. Between the posts barbed wire stretches and in a few places sags. When you get close enough, you can see remnants: a strand of hair, frayed string, a small piece of red cloth caught in the barbs. The details of what has passed by or what the wind has blown in held in place for us to examine.

I have been thinking about the subtext of details. How the small things our characters pay attention to and point out to the reader can say more than the keenest dialogue. They happen below the text.

According to Wikipedia “Subtext is content underneath the spoken dialogue. Under dialogue, there can be conflict, anger, competition, pride, showing off, or other implicit ideas and emotions. Subtext is the unspoken thoughts and motives of characters—what they really think and believe.”

But subtext is also carefully selected details that make the particular universal. They focus as subtext because they are seen through our characters eyes and without the advantage of dialogue let us in on their thoughts.

Ralph Fletcher in What a Writer Needs offers wise advice. “Don’t write about senility or a man losing his ability to take care of himself. Write about lost belt loops.” How we can choose just the right detail to show what our character thinks and believes at that point in time without the character telling us?

In the wonderful and bleak Winter’s Bone, Ree Dolly thinks about the last time she saw her father. “Walnuts were thumping to the ground in the night like stalking footsteps of some large thing that never quite came into view…”  Suppose two co- workers are arguing, a snarky "he said/ she said" kind of fight, and all the while he keeps glancing at the ticket stubs on her desk, the ones she saved from her big weekend date.

If you could imagine the details of your scene caught in those barbs, what would they be? What would the things your character notices be shouting or whispering to the reader?
Posted by Maureen McQuerry at 1:00 AM

I love this, Maureen. Such a rich example of subtext & great suggestions on how/when to use them. One of my favorite early scenes I'd written in my first suspense story centered on an old wine stain on my heroine's lace tablecloth that had belonged to her dead mother. She's having a strained conversation with her lover about him leaving the country, something he's already made up his mind on, while their untouched food congeals on their plates. As the tension escalates into angry words, she hears the steady tick of her family clock and feels watched by the framed family portraits of her dead parents as she slowly loses him, the one person she's let into her life who's become her world, her family. The subtext of family history in the house she'd inherited escalates until he walks out on her. The scene would never have been the same without the subtext & the imperfection of that wine stain. Her avoidance.

I like scenes like that. It makes writing fun. Thanks for the reminder of a great craft notion that I hear few authors talk about. Well done.

I'd notice the yellow liquid dripping from the wire and the two boys walking away one laughing the other not and the big-eyed cow nearby wondering why would anyone do something that stupid.

Love the post, Maureen. Subtext is the secret sauce.

Thanks, Jordan. As I reader I live for the details, such power in everyday items.
Steve, I believe your fence was electric?

That is my experience with barbed wire fences and the wisdom of cows.

I have to say Stephen's version made me laugh, and your post, Maureen, helped me realize that details help the reader become an active participant in the story as we connect the dots for ourselves.

I accidentally discovered a great exercise in detail: write a book from the point of view of someone with Aspergers. As I was going back through my manuscript, I kept having to change things like "he looked happy" to "he smiled" because the POV character wouldn't have made that conclusion about someone's mood. The character is, however, a keen observer, so the world through her eyes would be very detailed even though the final conclusions would need to be left to the reader.

What a great exercise, Sechin! I'm going to steal it! the truest form of flattery.