Off Balance and Full of Surprises

The forecast really wasn’t so bad. The mountain pass had slush in places, but was mostly clear, and no snow was forecast until we would be safely across. That prediction held true until we reached the other side. The east slopes of the Cascade Range caught us by surprise. On two smaller passes, snow was falling heavily. The wind swept in with vengeance reducing visibility to a few feet. We kept creeping forward on that snow and ice coated pavement. My inclination, if I had been driving, was to stop on the side of the road, sob for a while, and wait for spring. But I wasn’t driving. We kept going. Pulling off the road, turning, changing direction, were all hazards. Sometimes there are no stopping places.

Perhaps some of you think you know where this post is going. But I’m not going to quote El Doctrow’s famous line “Writing is like driving at night in the fog. You can only see as far as your headlights, but you can make the whole trip that way.” Instead I’m taking a different direction. I’m thinking about the unpredictability of life. And how we’re caught off guard. In the last two weeks, one author friend became a grandpa for the first time, another had a parent die and a third is dealing with an adult child’s romantic break up. Good news and bad, playing havoc with our writing schedules.

As writers we know the engine that drives tension is that balance between hope and fear we create for the readers. It’s also the balance in which we live our lives. More often than not, we’re tipping to one side or the other. Off balance. Trying to find tracks to follow in the snow. We’re pulled out of our stories. Our characters slip down ravines and we have to haul them back. I used to wait for balance to be restored, for the winds to stop and visibility to increase. In the last few years, I’ve discovered that may not happen predictably. I’ve become more of a stop, drop and roll kind of writer, squeezing in moments on the page between life’s surprises. And it’s made me wonder if this isn’t our natural state of being, off balance. And our task is to get that tension on the page.

And while I finished this post, look what arrived at my door!
Paperback Peculiars! 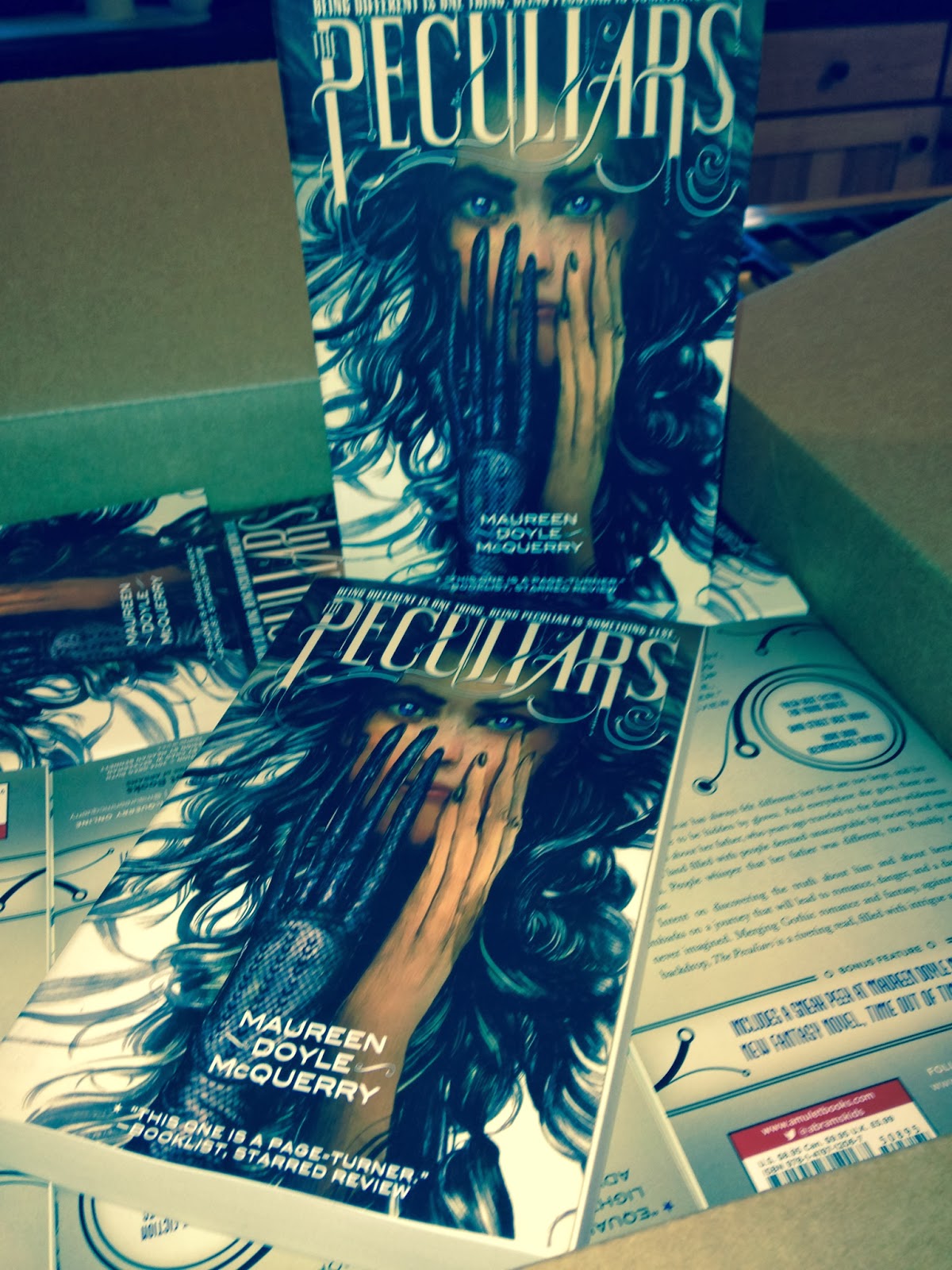 I like "off balance." I make choices on the projects (& even genres) I write that tips me slightly to a tenuous spot of discomfort.

Thanks, Jordan. Embracing off balance isn't easy, but it seems to be my natural condition!


I love the cover too!Great design elements carry on to the back.

It's always ups and downs, isn't it! It reminds me of the most motivating quote about writing that I know, this from Barbara Kingsolver: "There is no perfect time to write. There is only now."

Fantastic cover! Glad to see Miss Mattacascar out in front!

Me too, Sechin. She gets pretty grumbly when she's upstaged by a supporting character. The art is by Greg Ruth http://www.gregthings.com/

Balance is a state of mind. I exist in a different state. I've been thinking about moving there because I heard the weather is more predictable but you convinced me, what fun is that? The best stories come from those moments of imbalance and unnerving surprise, so absolutely I agree with you Maureen, stumbling forward into the storm is our natural state.

And I hope we all get covers in our lives that capture the essence of our characters so well. Beautiful and haunting, the perfect combination.