This isn’t one of those posts where gardening is used as a metaphor for the writing process.

Not that there’s anything wrong with those kinds of posts. I may not be much of a gardener, but even I can see that these comparisons are usually very apt and interesting. You know the kinds of metaphors I’m talking about: Give the seeds of your idea time to grow. Tend your plot carefully to makes sure everything blooms. Beware the aphids of poor subject-verb agreement.

Indeed, you can probably guess that I allow one gardening metaphor to rule most everything I write: pile on lots of fertilizer.

But, no, that’s not what this post is about. This one is literal, and it’s about what I do when I need a break from the keyboard. It’s also about a new/old gizmo, because gizmos are fun.

Writing requires sitting down for hours and hours and hours. The trouble is that our bodies evolved to move around all day long, not to stay seated. Did you know that our prehistoric ancestors probably walked 20 miles a day? The “paleo-diet” doesn’t compare to the “paleo-workout.”

Aside from causing eye-strain, sitting and staring at a screen can also drag down our alertness and creativity. The human mind can certainly travel farther in a day than our bodies ever could, but it can go farther still with a bit more blood flow.

This summer, I’ve instituted a 25 minute timer while writing. Every time it goes off, I have to stand up and go do something for at least 60 seconds, even if it’s just reaching for my toes. But my favorite thing is to run out to the yard and murder dandelions.

My dandelion-murdering capability recently skyrocketed when I found the ultimate weed-wrecker at my local hardware store. I used to have one like it, but it broke, and for years I never saw any others of its kind. Sure, I tried some other styles, but they didn’t do much other than poke the ground a little and try to give the dandelions a guilt complex. That’s not what I wanted: I wanted raw mechanical leverage. 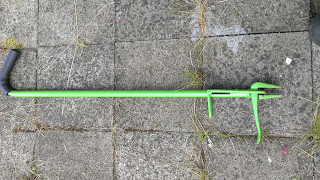 This baby clamps the weed beneath its leaves and yanks it right out of the ground, usually taking the whole root with it. No evil chemicals, no bending over, and no mercy for the weed. POP! Up comes one weed. POP! POP! In five minutes, I’m ankle-deep in dandelion corpses. It gets completely addictive: I’m actually starting to worry that I’ll run out of dandelions in my yard. 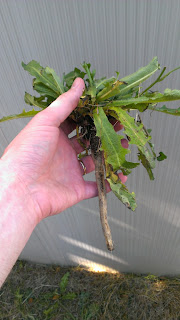 Ever watch the Big Bang Theory? You might remember the episode where Sheldon was working on a tough physics problem, so he tried to free his higher brain functions by seeking out the most menial tasks to occupy his lower functions. Naturally, he assumed that everyone else’s jobs were the most menial, and comedy ensued.

If Sheldon had one of these weed pullers he might have saved himself some time. After popping off a few weeds, I always end up with a better idea of what to write next and how to say it. That think-time lets me get down deep, almost like I’m pulling at the root of my story and characters while I’m pulling at the roots of the dandelions.

OOPS! That was a gardening metaphor for writing. How’d that get in there?

Be good, and dream crazy dreams. 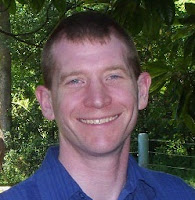 We have GOT to get one of those gizmos. Also, you are always welcome to come murder our dandelions, we have a seemingly endless supply.

Dude--I wish you lived closer to me. We got plenty of weeds for you to cover an entire novel. And I've discovered that literal references work best on weeds. Metaphors suck as weed barriers.

Every 25 minutes? That's crazy. Your neighbors must find you very entertaining to watch.

Your wife must be very smart. Get a guy a gizmo and he'll get after it.

If I could get to your house to murder weeds and be back at the keyboard in under 5 minutes, I totally would!

Usually my "stretch breaks" are even shorter than that. It also helps to keep me focused because I think "I only have ten more minutes to go! I can't slow down now!"

I always love your posts! Thanks for sharing. I, too, wish you lived close enough to get my dandelions. When I'm stuck on a plot point, I go for a walk. A short one, because usually the answer comes to me the minute I get to the end of the block.

@Sonja: Thank you so much! A walk around the block does wonders for me, too.

@Jordan: ha ha! I see what you did there.