SHADES OF THE STARS IS OUT!

SHADES OF THE STARS IS OUT!

My newest book, Shades of the Stars, is out today! So for this blog post, I wanted to explain why I'm so excited about this release.

Shades of the Stars is an anthology and a part of the Legend of the Dreamer series. It features playlists, essays on the magical world of the Order, deleted scenes from Light of the Moon (Book 1), an author interview, and a special look at the sequel, Shadow of the Sun (Book 2). The pulse-pounding short stories The Witch's Curse, The Warrior's Code, and an exclusive story called The Enchanter's Fire are included for the first time in print. 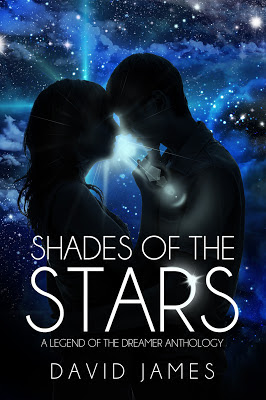 The reason I wanted to write this anthology was this: I wanted to create a WORLD. An entire world. To  me, that's what fantasy is all about. So, I created these three stories (The Witch's Curse, The Warrior's Code, The Enchanter's Fire) that twine throughout Light of the Moon and Shadow of the Sun, but focused them on three different main characters instead of featuring those original narrators. I also gave these three stories a beginning, middle, and end. Even though they were short stories, I wanted them to have the feel of a novel. I wanted them to be complete. And so I had origin stories that fleshed out the overall world I was trying to create in Light of the Moon. AND THERE WAS MORE KISSING, which is always nice, of course.

Mainly, I'm excited about this anthology because it is a little piece of my heart - like all new releases are. This one, however, is very raw. It holds songs that I wrote to, cried to just as my characters did. Essays that I wrote as I was throwing paper across the room because my own rules for this world were so strict I couldn't keep certain characters alive. Stories I was afraid to write but had to. To me, Shades of the Stars is much more than an anthology, and I hope you enjoy it as much as I enjoyed writing it.

GET SHADES OF THE STARS TODAY
ON AMAZON

AND TODAY IS THE FINAL DAY TO GET THE OTHER LEGEND OF THE DREAMER BOOKS FOR JUST .99 CENTS!

"Every emotion and feeling in The Witch's Curse is so real and tangible I could almost reach out and touch them with my own hands, and I certainly felt each emotion like it was my own." (Emma Hart, New York Times Bestselling author of The Love Game)

"James has done it again. With haunting prose and crystal-clear imagery, The Warrior's Code packs one heck of a punch in a small but perfect package. Fans of Light of the Moon are gonna eat this one up!" (Jamie Manning, author of Blood Born and Blood Awakening) 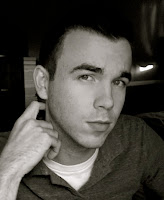 David James writes books about stars and kisses and curses. He is the author of the YA novel, LIGHT OF THE MOON, the first book in the Legend of the Dreamer duet, as well as the companion novellas, THE WITCH'S CURSE and THE WARRIOR’S CODE. A Legend of the Dreamer anthology, SHADES OF THE STARS, will be released NEXT WEEK. Check out his FACEBOOK for exclusive teasers and giveaways.
Posted by David James at 8:00 AM

Best of luck on your new release, David. Love this cover too. Very romantic.

Thanks! It was A LOT to create, but I enjoyed it. I wanted this anthology to be A WHOLE BOOK - not just a few little things - so I packed as much as I could into this beast.

And yes. There is smooching. ;)