The dreaded "info dump" is deadly 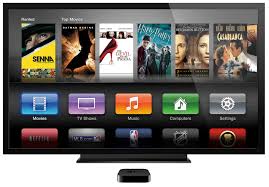 One of my Monday night musts is Teen Wolf (MTV). If you've never watched it, I suggest you do. Especially if you love cliffhanger episodes and angsty teens and over-the-top writing. It's one of my new faves, and I get all excited when Monday rolls around because I know I'll get an episode full of action and drama and surprises that leaves me anxious for next week.

Writers the globe over know that if there is only one "rule" that can't be broken (bent maybe, but not broken), it's that you never fill a page/chapter/novel with nothing but information. Have a backstory to tell? Do it with dialogue. Need to tell the reader why someone does what they do? Show them instead. This applies to novels, movies, and yes, TV shows.

Teen Wolf has, to me, always been at the top when it comes to good storytelling. They've kept a great pace on the show, moving characters forward and advancing their plots each season like pros. Sure the show is far-fetched and oft times insanely ridiculous--that's what makes it fun. But Monday's episode knocked that pedestal right out from under them and brought them to the floor (my opinion, people; don't start rioting in the streets).

The episode was centered around Derek, the hotter-than-should-be-legal Alpha who did something detrimental last week. Several characters were placed in familiar settings at the episode's beginning, poised to ask questions about where he may have disappeared to. Que the info dump.

Two characters we don't see much of on a regular basis were the messengers charged with explaining why Derek is the way he is, why things that are happening are happening, and why a new pack of evil alpha wolves is suddenly ready to rip the town apart. Now, let me say that the info we got in this episode was good, and I loved learning about Derek's past. But for the sake of TV (and a novel), this was not a good way of giving it to us.

Nothing happened. Yeah, there was some action that played out as the story was being told, but it was all in the past, mainly with characters we as viewers don't really care about. Two alternating stories were being told, but they ultimately tied together in the end (which deserves a kudos to the writing team for that), but I would have been so much more on-the-edge-of-my-seat happy if I could've learned all that while Scott (MC) and his friends were actually out searching for Derek, instead of sitting in rooms talking about him. See what I'm getting at? Show, don't tell.

That's a standard in writing. Show us what you want us to know, don't tell us. Now, I'll admit that I'm guilty of telling instead of showing (who isn't), but I know that I shouldn't do it, and actively try to avoid things like Monday's Teen Wolf. Which is why I was so surprised that that episode aired the way it did. For a show on the cutting edge of teen dramas, those writers made a boo-boo.

So, the moral of this post: Don't bring your readers (or viewers) down by filling a chapter or scene or even half a novel with nothing but information being thrown at them. Make it exciting. Make it fun.

I thought Teen Wolf had been cancelled. I used to record it. Thanks for posting an update.

I agree on the backstory dump. Sounds like in order for them to move forward with a change in their characters, the TV writers got lazy.

Derek is hot though. I'll have to check it out.

The dreaded info dump! It really separates the amateurs from the pros.

Sometimes its a challenge to avoid, but an entire episode of it? That sounds pretty amateurish. I wonder what happened that they thought it would be okay?

Yup. It's why I wouldn't do it for any of the books in my trilogy.