The Better to Hear You, My Dear

This past week saw a very welcome piece of news: Katy Kellgren, a fabulously talented narrator, is up for an Audie award for her solo narration of my very own ASHES . 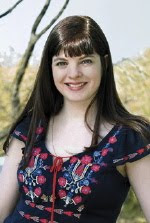 Is this a tribute to Katy's skills in bringing my story alive? You bet. As a long-time listener, I love a good audiobook, and I also know that a narrator can spell the difference between a wonderful experience or an exercise in Chinese water torture. Bad narrators can kill an otherwise good story (I won't name names here, but get me alone and I'll tell you some of the worst offenders); great readers can turn a so-so story--one I might even have passed by--into something to be savored.

Which got me thinking not about the pleasures of listening to a good story--there is certainly something primal about that, a vestigial inherited memory of Og talking about the mastodon that got away or, closer to home, the deep comfort of listening to a parent read

to give us comfort and an escape from our dull, wretched lives (or, in Sawyer's case, a place to go in his head that ISN'T that bloody island) 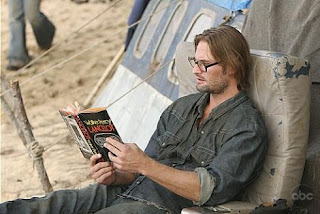 --but about public readings by writers. 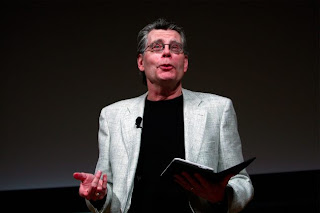 Here's the honest-to-God truth: I love listening to writers speak. But I don't love hearing writers read their stuff aloud. The simple truth is that many don't know how. This is strange, I know, but I have been to some truly atrocious readings where you could tell the writer would rather stick pins in her eyes. Or that while they may have really liked their story, they just don't have the necessary performance skills to make it an enjoyable experience. On the other hand, I've been to a couple readings that were great--but they were the exception, not the rule. Pity that I missed out on Dickens, too, probably the first (documented) author to understand the art of performance: that reading aloud IS an art. 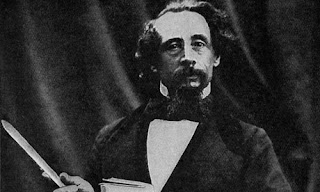 If you believe the biographies--and I do, especially Dickens as I Knew Him by George Dolby, who was the Inimitable's stage manager for these readings and tours--the readings probably helped do Dickens in. Still, his public readings were, apparently, quite something. This article gives a nice summary. But suffice to say that women fainted, grown men trembled--and still others, like Mark Twain, thought him as atrocious reader. So, really, how much was hyperbole?

Now, did it matter that Dickens once had ambitions to the stage? That he co-wrote and then starred in amateur theatricals? You bet. I've often wondered how many writers have acted, wanted to act, or act. (For the record, I have and, yeah, I once thought about a life in the theater, too. Predictably, my parents were against it. Now that I am older--and have been in my share of productions--I understand why.) Have I done readings? Sure, when asked . . . but I'm not sold that's what audiences want and, in fact, I'm always reluctant to read my stuff. Do I understand that readings are great marketing tools? Yes. In fact, Janet Mullany has a fine article in this month's Romance Writers Report on the topic, and some useful tips and bon mots, including my favorite: less is more.

But all that presupposes that writers make good readers, and not all do. Even those who are good at it--and I think I do pretty well--pale in comparison to people, like Katy, who do this kind of thing for a living. Yet you can learn a lot from listening to very good narrators, such as the value of enunciation and pacing. (Listening to yourself can be a cringe-worthy exercise, too; you are never the best judge of your own voice. Doing so, as well as reading to a real live human being who isn't necessarily your pal or husband, is worthwhile, too. )

A public reading is also a very strange beast because, on the one hand, people want to hear a good story. But, on the other, a really dramatic reading--think of Dickens storming and weeping and gnashing his teeth and then lying on a couch for hours afterward, taking eggs in Champagne as a restorative--may not be what your audience wants to hear or expects. Setting is everything; expectations are, too. I once did a reading at a small club with a bunch of other writers where it seemed that droning was the order of the day. I listened to a couple guys maunder on and thought, piece of cake. So I got up, gave my wonderfully splendid reading only to realize, after a lot of tittering, that a story with some sex in it--not tons, but the story was centered on sexual obsession--was making people VERY uncomfortable, so much so that their anxiety was plain. My bad. You can bet I never made that mistake again. Now, you could say I was being overly sensitive, too. Maybe. For me, reading an audience is as important as knowing what I'm performing.

But, like I said, I'm also not sold that people want to hear us read. I think they want to hear FROM us, which is a very different thing. In fact, more often that not, I'll be prepared to read something--notice that word "prepared" there; this means I have PRACTICED and quite a bit; that chapter is, for me, no different than a script--but nine times out of ten, we get caught up in talking, a back and forth exchange, which I personally believe serves an author and her work better than a random chapter, no matter how well done.

I could be all wrong, too. Witness Stephen King giving the closing address at the Savannah Book Festival a couple weeks ago. (A friend of mine was there, by the way, and thoroughly enjoyed the experience.) He appears about six minutes and change into this, but pay attention to one thing he says: Writers are not that interesting to listen to. That may be so, but King also a) has practice and b) understands the value of marketing or else he wouldn't have read the first chapter of the forthcoming Dr. Sleep (a sequel to The Shining).

Now, is King a good reader of his own stuff? Not really, although he is a fine speaker (pay attention to what he does; he knows exactly what he's doing and understands the value of pacing) and I love listening to and learning from him. I would also much rather listen to him speak like this than read his own work. (And I've heard him read a bunch of his work. If, for example, you want the unabridged audiobook version of Desperation, his narration is the only one out there. The one with Kathy Bates is abridged.) For years, Frank Muller was the voice of Stephen King; when he died, the baton's been passed around to readers as various as George Guidall, Steven Weber (one of my faves; his performance of IT made a so-so novel truly superb; his acting work on the movie remake of The Shining was out of this world, too).

Campbell Scott is another fave for his work on Cell and The Shining) and, most recently, Craig Wasson (11/22/63).

But contrast King's reading with the rest of his talk and then ask yourself: was it really that good? Did it really enhance the value of seeing/hearing him speak? For my money, that would be have to be no.

How about you? Why do you think some people like to hear authors read their own works? Or are people just as happy to listen to a writer talk? What do people get out of hearing from writers they admire? Is it curiosity, hero-worship, a learning experience? What?
Posted by Ilsa at 12:00 AM

That's so exciting! And what a great post on the audio element of story telling. Thank you, Ilsa!

I love audio books. My husband and I took them with us when we camped in Alaska. The scarier, the better. Got hooked then & still love them on road trips. Nice post.