Your Turn to Play Casting Director...

A friend and I were recently discussing the upcoming Hunger Games movie (which we're both EXTREMELY excited about). We both agreed that Jennifer Lawrenc 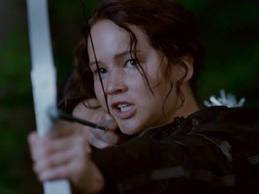 e as Katniss was a stroke of genius, but my friend felt strongly that the two male leads (Josh Hutcherson as Peeta and Liam Hemsworth as Gale) were not at all what she'd pictured for those characters. I figure it's hard to say until I see the film; sometimes actors surprise you, after all. But it got me thinking about the pictures of characters we develop in our minds, and how frequently seeing a casting director's take on those roles lets us down.

For example, there's been a lot of discussion online about the possibility that Tom Cruise will play Jack Reacher, and Angelina Jolie will be Scarpetta in upcoming films for those popular series. Strong opinions both for and against, in those cases. And when One for the Money was recently released, a lot of Janet Evanovich fans doubted that Katherine Heigl had the chops to play Stephanie Plum (I haven't seen the film yet, so I can't weigh in on that). 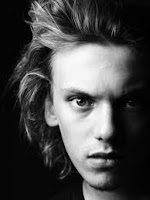 uss who we think would best portray our favorite roles from YA fiction.

I recently finished Cassandra Clare's first few books in the Mortal Instrument series, which hasn't been greenlit yet, although they've apparently done some preliminary casting. Lily Collins will be Clary, and Jace will be played by Jamie Campbell-Bower. Once I saw their photos, they both struck me as excellent choices for those roles, at least judging by the way they look (whether or not they can act is another thing entirely, obviously). But what about Simon, and Isabella? Not to mention my personal favorite from the books, the warlock Magnus?

thing is that for my most recent YA novel, DON'T TURN AROUND, the editor

and I developed the characters together, which I've never done before. And he even helpfully provided photos of what he imagined the characters would look like. And no matter what, once I had those images locked in my mind, I couldn't picture them any other way (I'm posting the photos here, in case you're curious).

So: if you could choose the actors who will star in the film version of your favorite YA novel, who would they be, and why?

Is that the guy from Fringe for DON'T TURN AROUND? Like those images. I liked the casting for HUNGER GAMES. Cinna will test me but I'm hoping Lenny Kravitz can pull it off.

Peeps really wanted the I AM NUMBER 4 & BEASTLY guy to play Jace. He would have been great but he turned the part down. I think the casting works.

You know, for years I've been trying to imagine who they would cast as Eve Dallas if a film version of JD Robb's "In Death" series were ever made. I've never really been able to picture anyone in the role. I sort of envision a taller, more muscular Nicole Richie, but I can't think of an actress who fits that bill. A brunette Charlize Theron, maybe?

I think that is the guy from Fringe/Dawson's Creek. Certainly looks like him.
Agreed about Cruise as Reacher- the only real description of him is always as "big," and that Cruise is not. Interesting that the actor turned the part of Jace down, I would think that series has the potential to be huge!
China, I haven't read Robb unfortunately- how old is Eve Dallas supposed to be?

Actors turn down roles for many reasons, like conflicts with filming schedules, but I think I read that he didnt want to be typecasted as a teen heart throb. HELLO!!!! I agree this movie has the potential to be another Twilight. I think he'll regret his decision. Who knows?!

Angelina Jolie as Scarpetta doesnt work for me either. I hate when they ignore the age of the character in the book to get a younger knock off for the movie. Jolie will probably be OK in it, if she doesnt do another THE TOURIST acting job. But this will probably turn out like Matt Damon as Jason Bourne. Yes, the movie was good and full of action, but it sucked as far as a good rendition of amazing books by Ludlum. They missed the whole cameleon disguises and Carlos the Jackal angle, the main intrique of that first book when he didnt know if he was an assassin or a good guy. And when the girl got too much in the way, they kill her off instead of Bourne marrying her like the series. That's Hollywood.

For the "In Death" series, I'd love to see Charlize Theron in dark hair. She's a strong actress who can make herself look any way. Good choice.