I really excited to have O'Dell Hutchison as guest on ADR3NALIN3 today. O'Dell is a busy guy. He's the head TWIRP at BOOKTWIRPS book blog, he's a new YA author, a theatre director, actor, book trailer maker, systems geek, dog rescuer, and he can probably cook and clean windows too. I'm reading his debut book THE WEEPING now and am totally hooked. Bwah Ha HAAA! Welcome, O to the Dell!


I have a very overactive imagination, especially when I’m scared. It really kicks into high gear when I’m lying in bed at night. I can easily take a small thump, which is more than likely something harmless such as the refrigerator kicking on, or the house settling, and turn it into a full-fledged zombie attack in a matter of seconds. As I lie frozen in my bed, I’ll quickly run through my plan of attack:


1. Grab the old wooden rocking chair in my room and smash it to pieces against the wall.


2. Take one of the wooden legs and use it as a weapon.


3. Run to the living room, wielding said wooden sword and grab my keys, phone and dog.


4. Fight off the zombie who managed to break in through the window.


5. Barely make it to the garage, open the door and prepare for the horde of undead waiting to eat my brains.


6. Start the car (praying it actually does start), then plow my trusty Nissan backward, mowing over the flesh-eating monsters trying to get to me.


Once I have my plan, I eventually fall asleep, surrendering myself to a barrage of crazy dreams.


About five years ago, I was at a local theatre painting the set for a show I was directing. It was over the Christmas holiday and my entire crew was out of town. It was the perfect time for me to get the painting done without any distractions. I locked all the doors, turned on the stage lights so I could make sure the woodgrain effect had the proper shadowing, and set to work.


About an hour later, as I stood on the ladder painting away, I heard what sounded like footsteps walking up the stairs to the tech booth. I glanced up and thought I saw someone walking through the booth. I called out, asking if anyone was there, but received no answer. A few seconds later, the stage lights went out. Luckily, I still had the work lights for the stage, so I wasn’t totally left in the dark.


I climbed down from the ladder and walked out to the lobby, my mind racing with who it could possibly be. It was well after midnight, and very unlikely that anyone other than my stupid self would be at the theatre that late. The doors were locked and firmly closed and all the lobby lights off, just as I’d left it. I walked up to the booth, calling out for someone, but no one answered.


I walked into the booth, checking both spot lofts and found no one up there. I turned the lights back on and went down to finish painting.


No sooner had I climbed the ladder when the footsteps came back. This time I glanced up to see the shape of a man standing in one of the spot lofts watching me. The stage lights were so bright I couldn’t see who it was. I climbed down from the ladder, shielding my eyes and walked to the edge of the stage. I was both a little freaked out and a little pissed that someone was messing with me. When I got to the edge of the stage, the figure was gone.


I decided I was done for the night, and walked back to put the lid on the paint can when suddenly, all the lights went out - stage lights, work lights - everything. Thankfully, I had a small light on my keychain to help guide me out of the theatre.


Since that night, I’ve had other encounters. One night, several of my crew members for another show I’d directed claimed to see a man standing in the second floor scene shop watching them during the show.


During a sold-out performance of yet another show I’d directed, I went upstairs to watch the show from the spot loft. I was up there alone, but after the show, several of my cast members asked me who was in the loft with me. I insisted that I was there alone, but they all claimed someone was standing behind me.


My logical self has many explanations for what could have happened on those occasions: The power went out the night I was painting and the thumping noises I heard were probably just the ice machine or the building settling. My crew probably just saw a piece of wood in the shape of a man standing in the scene shop, or maybe a homeless person wandered in and got lost (It could happen). Whatever the case may be, I had plenty of inspiration for “The Weeping”. Thanks to my overactive imagination, and maybe even a little help from a wandering soul, I was able to take all of these events and mold them into a tale that combines two things I love the most: Ghost stories and theatre.


Have you ever had a close encounter with a ghost? I’d love to hear about it. 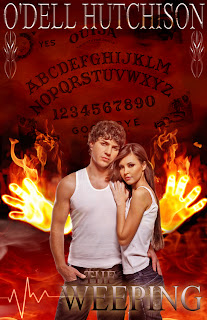 Twenty years ago, Catherine Whitley was the victim of a horrible crime. Betrayed by her friends, including the boy she loved, she was left to die when the Rock Harbor Opera House caught fire, taking a disturbing secret with her to her grave. Seventeen-year-old Heath Ingram was driving the night his Jeep careened off the road, killing three of his closest friends. His parents send him to live with his uncle for the summer, hoping he can move past the tragedy. When Heath starts working at the newly renovated Rock Harbor Opera House, he meets Molly, a young dancer who awakens in him a desire to start over and move on. But, when he begins having visions of a half-burned girl in a white dress, he starts to think he may be slipping even further over the edge. As the apparent hauntings become more intense, Heath begins to fear for his safety. With the help of his friend Josie, Heath discovers an unsettling secret that ties the mysterious girl to both their families. When two of their friends die unexpectedly, Josie and Heath realize that something, or someone, is after the children of those who wronged Catherine…and they are next. 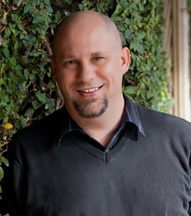 O’Dell Hutchison resides in Katy, Texas. By day, he is a business systems analyst in the medical field. When not working or writing, O’Dell spends most of his free time acting and directing at local Houston theatres. O’Dell enjoyes reading (a lot!), blogging (booktwirps.com) and hanging out with his rescue husky, Gia.

Your post gave me chills. O'Dell. I can totally see the inspiration behind THE WEEPING after reading it. Your ghosty scenes in the theatre in your book are so vivid. You kept me reading well into the wee hours. Loved it.

Thanks for being our first guest. We're honored to have you. Best of luck with your upcoming release of THE WEEPING--or should I say BREAK A LEG?

Thanks for having me, Jordan!

I am also a theatre director and YA writer. And yes, I've worked at several theatres haunted by ghosts! Thanks for posting!

Well, Carol. You can't just tease us about ghosts & not share. Spill it, girl...when you have time. I know you're busy today.

O'Dell--I wrote a scene involving a Quija board & got really creeped out. Had to call my mom to unscare myself. How hard or easy was it for you to write the ghost in the theatre scenes in your book? It cracked me up, you talking about scaring yourself. I can relate, unfortunately. Writers are weird.

@Carol - Theatre geeks unite! :)
@Jordan - The Ouija board scene definitely creeped me out as well. There were a few other scenes where I had to take a break after writing them because I was freaked out. Surprisingly enough, the haunting scenes weren't that tough to write. They came to me quickly and easily.

O'Dell--I was writing a tough scene in NO ONE LEFT TO TELL where a beloved detective got shot down in front of his house with his family watching. I was in the middle of taking a Citizen's Police Academy course where I learned about my local cop shop and did a ride along with an on-duty policeman. One evening of that course, we watched and listened to a terrifying highway stop where a young trooper fot gunned down. I'll spare you with the details, but it will forever stay with me. The sounds especially. Needless to say, I had a hard time writing my scene but I had a whole new perspective on tragedy.

I took a break and went to my utility room to start a load of laundry. (Yes, I had to be desperate for a break if I chose to do laundry.) While I was there, I baby-talked by cats and called them "cosas finas." I had to think about that later and ask my dad, but that was the term my grandfather used to call us. In Spanish it means - FINE THINGS. Since my grandfather was the writer in our family, I figured he was looking over my shoulder that day, getting me through that difficult scene. It made me smile to know that.

Now my corporation name is Cosas Finas, after him and that moment.

I don't know if that moment was driven by his spirit or my love for him, but I don't think it matters.

Oooh, creepy goodness, O'Dell! Your book sounds really fun and scary too. And Jordan, your story is haunting. Wow, that must have been devastating to listen to.

It was a weird moment, for sure. Me doing laundry not withstanding.

In my current WIP, I'm researching Indigo kids and their psychic abilities. One point struck me. One website talked about how mankind has allowed THINKING to override FEELING and trusting your gut instincts--your intuition. I can see that as adults, we use our rational brain to override what we would have accepted as a kid as something paranormal.

Maybe as writers, especially of the paranormal, we have reopened our minds to the possibility of a spirtual existence. It's cool to ponder.

I just don't want my grandad seeing me naked in the shower. Just sayin'

I agree. It's both creepy and comforting. I agree with you, though. I don't want to think al of my dead friends and relatives are hanging around at ALL times.

Ghost stories are some of my favorite reads, obviously! THE WEEPING looks fabulous and is going on my TBR list immediately. Thanks for guest posting on our blog, O'Dell.

Thanks Jennifer! I read "Through Her Eyes" last spring and I loved it!

Thanks for being our guest today, O'Dell. Best wishes on your terrific debut! Have a great weekend, buddy.

Thanks for having me, Jordan! I'll see you in April.

Yes you will. Looking forward to seeing you at TLA.

You are one talented man! That trailer is aweseome and your book sounds incredible. You're now on my TBR list. :) Nice to meet you, O'Dell.

Thanks, Anita! I am REALLY looking forward to "Splintered". Maybe we can do a little promotion on my review blog when the date rolls around.