Valentine's Day is nearly upon us... 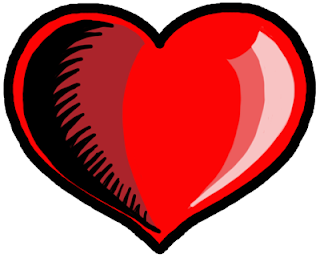 ...and I have no idea what to get my sweetheart. I was in the store today going through the usual stack of gifts, most of which were either a) totally tacky, or, b) totally inappropriate. And I'm at a loss.

It got me thinking about my best and worst Valentine's Days ever, though; kind of a trip down memory lane. And there have been some memorable ones. Like the time a guy broke up with me, right after I gave him his present (don't get me wrong, he liked the present, apparently, and wanted to keep it. He just didn't want to keep dating). And the time that my boyfriend went totally AWOL the week before February 14th, resurfacing three months later with the excuse, "I went elk hunting!"

Of course, there have been some highlights, too. Lots of nice, romantic dinners and picnics. Although to be honest, (and maybe this says something about me), I have much clearer memories of the bad experiences.

So today let's do some sharing: best and worst V days, ever. Sharpen your bows and arrows...
Posted by Michelle at 12:01 AM

Elk hunting? 3 months? That's the best he could do? You needed to throw that one back. Ha!

My favorite thing my husband & I do is not a big thing. We hide little surprises around the house for each other, small little tokens with messages, like a scavenger hunt. This can sometimes last way past Vday. We try & trump the other's best spot. (Don't put on your shoes unless you shake them out first.)

The only Valentine's Days I remember are in elementary school! I wonder what that says about me?? Either I have a bad memory or my husband and I aren't big on celebrating manufactured holidays, I guess. We do go to dinner on V-Day every now and then!

Great post, Michelle! I've had plenty of happy ones, and one memorably bad one: after a bitter breakup with my boyfriend of 4 years the previous September (he cheated on me, lied about it, then dumped me), I had moved on and met my husband-to-be at a Christmas party. By February, we'd been dating for about six happy weeks, but he was away for his cousin's wedding on Valentine's Day.

One of my closest friends--who happens to be gay-- has a February 14 birthday, so I decided to take him out to a nice dinner that night and I chose one of my favorite restaurants, one that my ex-boyfriend and I had considered "ours." I hadn't been able to bring myself to go back there since the break-up, but since I was over him and happily in love with someone else, I figured it was time.

My friend and I walked into the restaurant, and found--guess who? Yup, out of tens of thousands of restaurants in New York City, there was my ex, with his new girlfriend, at a romantic table for 2. He'd cheated on me with her, and now he had taken her out to dinner on Valentine's Day in OUR restaurant? Awk-ward! I hadn't even laid eyes on him since the night he dumped me (and when he did, I was so stunned and overcome that I passed out cold, but that's another story). Anyway, they were both mortified that I'd walked in on their date, and I could tell my ex felt sorry for me, since I was there with my gay pal, pretty pathetic on Valentine's Day. I was too shaken up to figure out how to tell him that I actually DID have someone new in my life. My friend hustled me out of there, and we downed stiff drinks at the bar across the street as I cried some residual break-up tears.

It's all ancient history now, of course, but every so often, I look back and shake my head, remembering the misery of that night.

That is so sweet, Jordan. Definitely stealing that idea.

And oh, Wendy, I feel for you. What a nightmare.